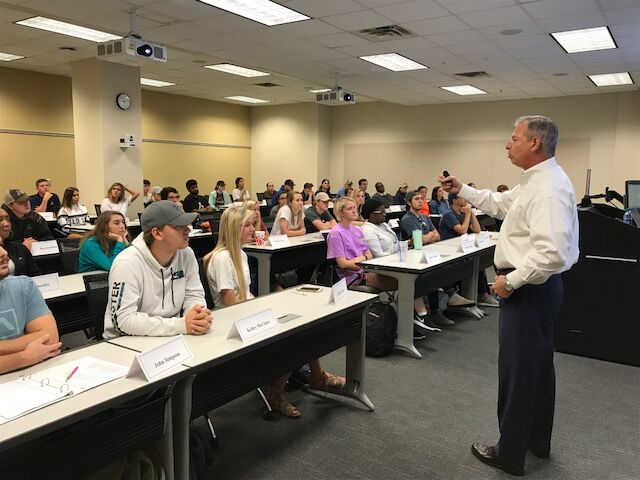 ADP served as the first organization to be featured in the new Hull College Business Showcase Series program and it was not surprising to see all seats filled in the largest classroom in Allgood Hall. The success of the program is attributed to the ongoing visibility of the partnership between ADP and the Hull College of Business.

As an “employer of choice”, students were eager to learn more about ADP’s culture, products and services, and different career paths. A panel of ADP representatives comprised of senior executives, HR representatives, and Hull College alumni shared their experiences and career paths as ADP associates. Following the presentation, students interacted with the ADP representatives during an informal reception and were invited to attend the “Executive-in-Residence” program that would be facilitated two weeks later to continue engagement with ADP leadership.

The relationship began in 2010 when ADP opened a new facility that led to informal “meet and greets” for Hull College students, faculty, and staff to interact with ADP associates to identify possible collaborations. Through those conversations, the Hull College and ADP associates brainstormed strategies for developing a pipeline of future talent for ADP. ADP then became a staple employer at annual recruitment events such as Accounting Night and Career Expos and participated in facilitating career development programs such as resume writing workshops and mock interviews.

In addition to career and professional development workshops, ADP associates also serve as guest lecturers and project judges every semester in multiple Hull College courses. The relationship even extends beyond the Augusta University campus and into different countries. For example, most recently, a Hull College study abroad class visited the ADP facility in Santiago, Chile.

Due to the continued partnership and collaborations, ADP executives and associates are now engrained within the Hull College fabric serving as members of the Hull College Advisory Board and Strategic Planning Committees to assist the Hull College with setting and achieving its goals. Hull College leadership has also reciprocated by serving as guest speakers in ADP programs such as the “Taub Talks”. The connection between AU and ADP was most evident at the recent “AU-ADP Day” facilitated on the ADP-Augusta campus to engage alumni who are currently working as ADP associates.

The Hull College is proud to serve as a partner with ADP and the partnership is just one example of engagement with the business community. The Hull College plans to expand its business engagement efforts and looks forward to developing similar partnerships with other organizations in an effort to become the “Business School for Business”. 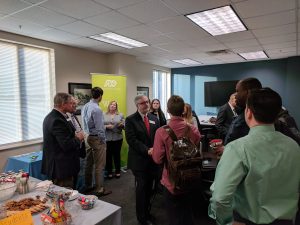 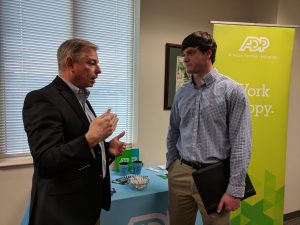 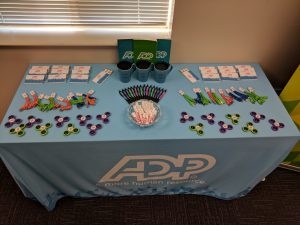 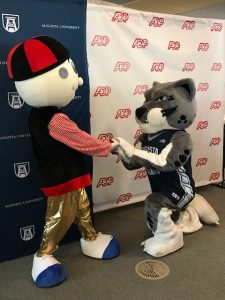 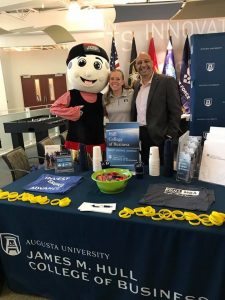