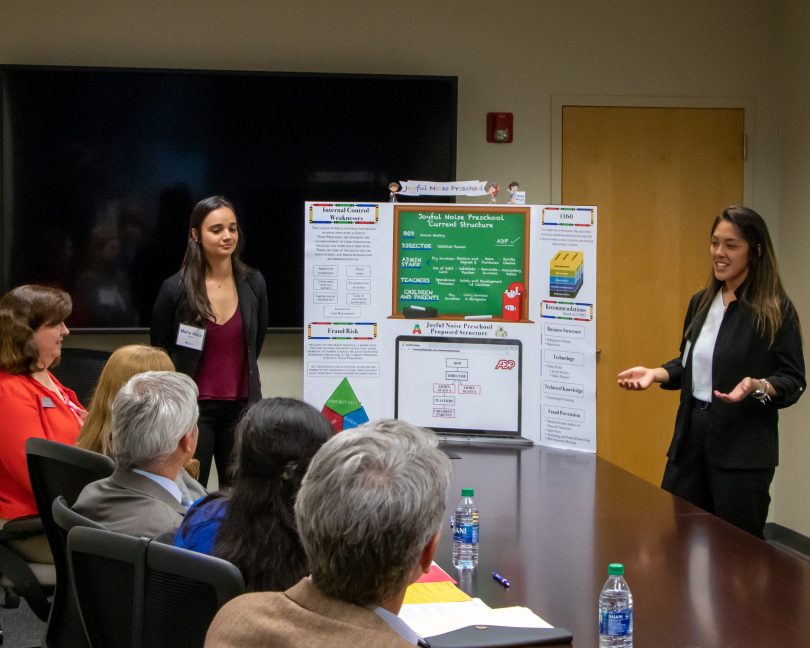 Awards were announced March 6 for the CSRA Institute of Internal Auditors annual Case Competition, with 17 Hull College of Business teams competing in the third year event.

The teams of two undergraduate students were given approximately a month to develop their case solution with the assistance of a faculty mentor. The finalists were awarded the assistance of a professional mentor from the community to aid in the oral presentation to judges.

The winners in the annual case competition were:

“I was very impressed by the college students and the way they applied the hypothetical situation. Their presentation skills were impressive,” said Tillman Sauls, the Commercial Group Leader for Queensborough National Bank and Trust Company.

“I was pleasantly surprised to see young people of this generation so committed to projects like this and how they take what they’ve learned throughout their time here at AU and put it into practice,” Sauls said.

Seven of the student teams set up their presentations in the main ballroom at the Jaguar Student Activity Center for award ceremony attendees to browse and ask questions, and choose the winners of audience choice awards.