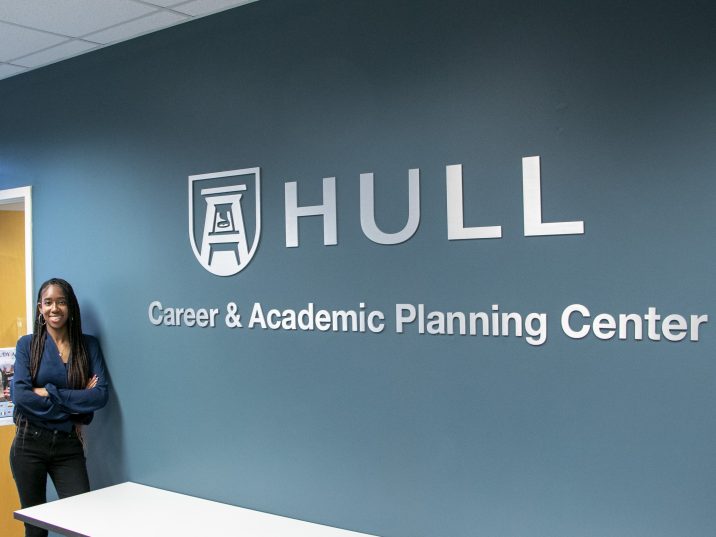 Some new faces can be seen in the Hull College’s Career & Academic Planning (CAP) Center.

One of them is senior Chelsie Smith, age 21, from Stockbridge, GA. She is one of the three new student workers in the center and is on track to graduate in the summer of 2022 with a BBA.

Smith started her studies in nursing which is what drew her to Augusta University.

“I liked the community and the vibe I got from here,” she said. “I initially came because I was a nursing major and then I switched to business, which is the best decision I made.”

Smith explained that most of her friends who were nursing majors had a passion for the field. She was uncertain initially and came to realize she did not see herself becoming a nurse, changing her major in her junior year. “So, I changed my drive and my passion and found my way to business,” she said.

She wants to pursue a career in human resources and management.

“I took a human resources management class with Dr. (Stacy) Roberts, and it was great. It got me on that field, thinking HR, and hopefully it happens,” she said.

When it comes time to completing an internship, which is needed to graduate from the Hull College, she wants to gain experience in HR. The way classes are lining up, it will likely be a summer internship just prior to earning her degree.

Smith is active at Augusta University and is involved in the Student Government Association. She also served as a student Ambassador for two years.

“I am a Leap Week leader as well. I volunteered as a nursing major with Healthy Grandparents. Lots of involvement over the last four years,” she said

When Smith is not studying or working, she enjoys time with her friends, exercise and binge-watching Netflix shows such as Good Girls and anime. 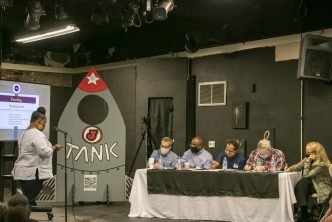 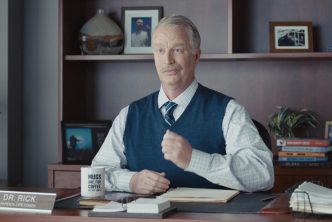 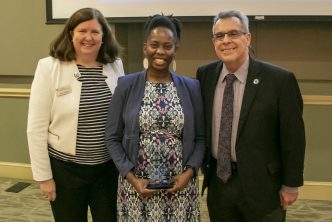 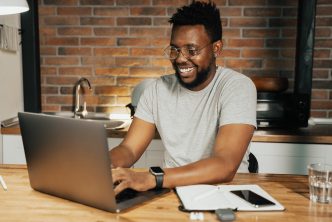 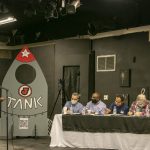 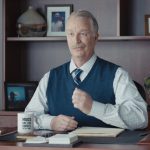 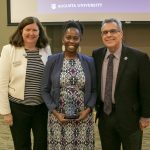 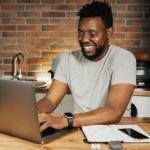 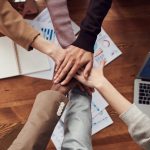 Written by Tim Rausch
Add comment
Your Place or Mine? Remote Workplaces Can Pose a Dilemma
FacebookTwitterPinterestWhatsApp
It’s Time for Partnerships for Economic Growth