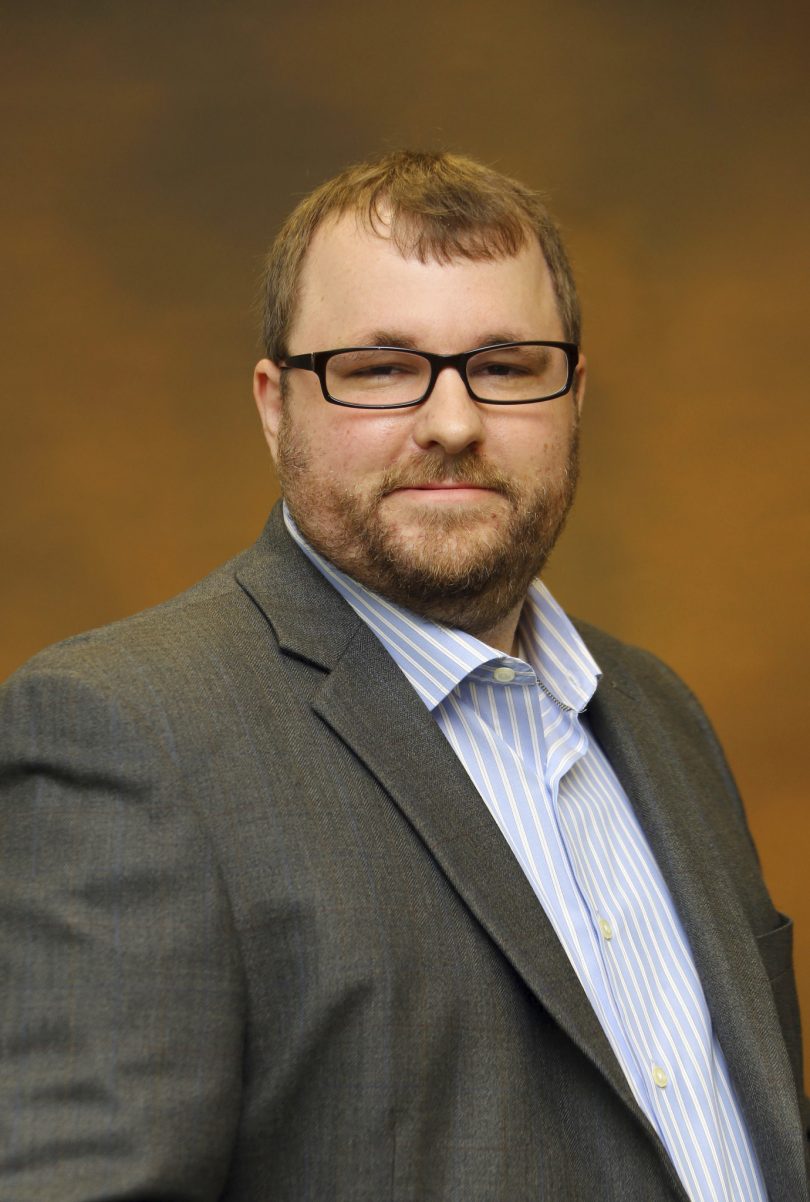 By Danielle Harris
The National Science Foundation has awarded Augusta University computer science professor Harley Eades III with a grant to fund his research on attack trees, a visual representation of computer systems used to identify and assess possible threats.  “I am honored to have been chosen for this award, because it provides me with the opportunity to enhance a tool that has been used in the analysis of various types of security critical systems such as the cybersecurity of power grids and wireless networks,” Eades said.
In Eades’s project “CRII: SHF: A New Foundation for Attack Trees Based on Monoidal Categories,” he will create a uniform way by using linear logic to verify whether specific attack trees are logically sound. This uniform way is a new computer programming language called Linear Threat Analysis (Lina).
Eades says Lina is the first of its kind and will allow companies to test their system’s ability to combat potential threats.  “We hope our approach in developing Lina will provide new extensions of attack trees and linear logic, both of which have had a significant impact on the field of computer science,” Eades said.  Joining Eades in this two-year project will be four Augusta University students and two visiting graduate students. Computer Science major Matthew Tennis will be one of those student researchers.
“This is such a great opportunity to work with Dr. Eades in developing a programming language from the ground up,” Tennis said. “Innovation is what we are about at Augusta University and it
is great to have this real-world experience as an undergraduate.”
Eades began his career at Augusta University in 2014 as an assistant professor of Computer Science in the James M. Hull College of Business.  His research has been featured in several publications including the peer-reviewed journal Logical Methods in Computer Science and the Electronic Proceedings in Theoretical Computer Science.  In addition to his academic career, Eades is a member the European Association of Theoretical Computer Science and the Association for Computing Machinery special interests groups on logic and computation as well as programming languages.
Eades earned his bachelor’s degree in applied mathematics and computer science from Millikin University and received his masters and doctoral degrees in computer science from the
University of Iowa. He also attended the University of Oregon’s Programming Languages Summer School and received training in formal reasoning in theory and application from the JAIST Spring School in Japan.