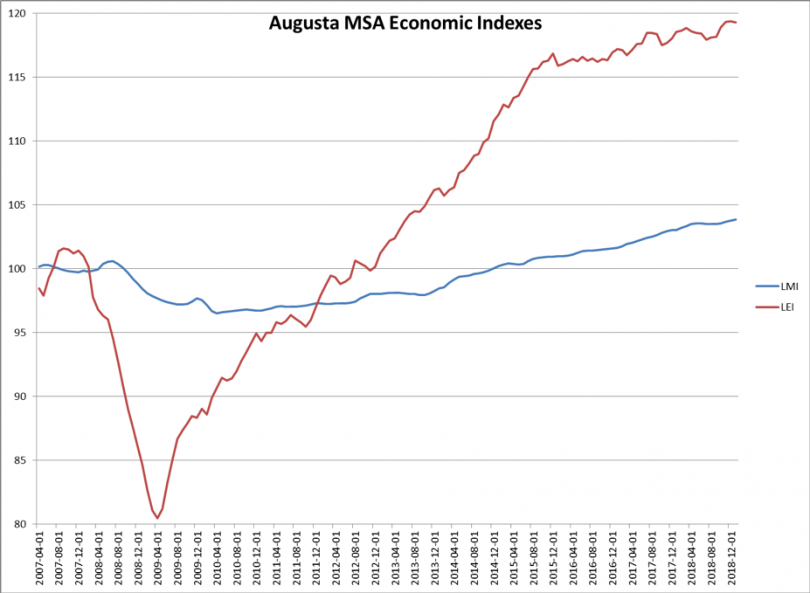 The Labor Market Index increased 0.1 percent in January from December with only the unemployment rate moving in an adverse direction. The index is 0.8 percent

The probability the Augusta economy is in recession in January remains low at 1.6 percent.