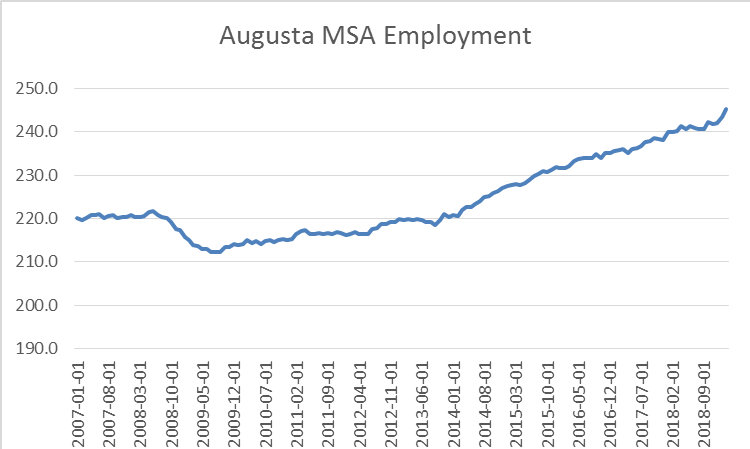 In February the Augusta Leading Economic Index remained unchanged from January. Large gains in housing permits (up 19%) were offset by fewer job openings. The index remains 0.6 percent higher than February 2018.

The Labor Market Index increased 0.1 percent in February from January led by a record number of people employed at 245,200 (seasonally adjusted). The unemployment rate fell to 4.1% but there was little change in earnings. The index is 0.7 percent higher than February 2018.

The probability the Augusta economy is in recession in February remained unchanged at 1.6 percent.